What Happens At An Inquest Hearing?

Home > Claims > What Happens At An Inquest Hearing?

Inquest hearings are held by a coroner (similar to a court hearing) to establish the cause of death, particularly where there has been a sudden violent or traumatic death. They can also take place if the cause of the fatality was unexpected or is unknown following a post-mortem. An inquest hearing must also be held if the death occurred in prison or police custody. 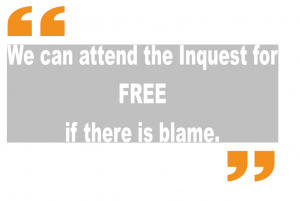 Below are some frequently asked questions we have posted to help you understand more about inquest hearings. If you need any advice, we will be pleased to take your call. For further reading, you may also wish to click on our web page: Coroner’s Court.

When will the inquest be held?

Enquires into the cause of death is usually arranged and concluded within 3 – 6 months. It can take longer in more complex or high profile cases, an instant example is the inquest of Diana, Princess of Wales & Mr Dodi Al Fayed.

What is the inquest process?

There are several steps that take place following a sudden death before an inquest hearing itself. When a death has been reported, one of the first procedures to occur as part of the investigation is a post mortem. A post mortem, aka an autopsy, is carried out by a pathologist to determine the cause of death. They will perform a thorough examination of the body and internal organs and collate their findings into a report. If the coroner decides that an inquest hearing is necessary, they will conduct a pre-inquest review hearing. This is where preparation will take place ahead of the inquest hearing itself, such as identifying witnesses and preparing key documents and evidence.

Following the pre-inquest review, it can take many months for an inquest hearing to take place while all relevant evidence and documents are collated. During the inquest hearing, the coroner will call witnesses, questions will be asked and evidence will be presented. After summing up the evidence, the coroner or a jury will then deliver a verdict.

What happens if criminal proceedings are also brought?

The defendant charged with murder or manslaughter, ‘child destruction’ (killing a foetus after 28 weeks), causing death by reckless driving or taking part in another person’s suicide, the Inquest is postponed until the defendant’s trial is over. Before adjourning, the Coroner will find out who the deceased was and how the deceased died. After the criminal trial, the Coroner may resume the Inquest if deemed appropriate.

What happens if I also want to claim compensation? 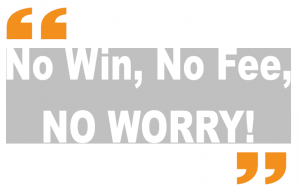 Any court action for compensation will usually follow after the Inquest has been held when all the facts of the case have been determined. You do not normally need to instruct a solicitor at the Inquest, but we would always recommend that you consult a specialist Inquest and Fatal Accident Solicitor to discuss your options. It is usually very helpful that a Solicitor is present at the inquest if there is a possibility that a subsequent claim for compensation or legal action is to be made. Attending an Inquest will give your Solicitors first-hand appreciation of the witness giving evidence and better able to assess the strength of any subsequent action.

If the cause of death is due to a road accident, accident at work, death caused by neglect or exposure to asbestos we can work for you free of charge including attending the Inquest if we feel there is a strong case.

How can inquest representation be funded?

If it is deemed necessary to hold an inquest hearing in order to establish the cause of death, this will be carried out regardless of whether the family will attend or not. However, the issue of funding concerns whether the family and those affected will be represented. Legal representation can be extremely important and useful in bringing the full facts to fruition, especially in complex cases. The Legal Aid Agency is a government-run agency that can help you with legal aid and supplies public funding for those eligible. We are no-win, no-fee solicitors and can help you every step of the way to receive the funding and advice you need.

Do I have to attend an inquest hearing?

This will depend on whether you are an important witness to the investigations. Unless you are served with a summons to attend the Inquest you are not required. If you are summoned and fail to attend you can be fined or imprisoned.

I want to give evidence, can I attend an inquest? 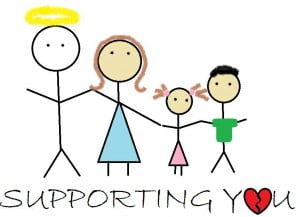 Normally you can if you are a close relative and/or you feel you might have something relevant about the deceased’s cause of death or simply to confirm personal details about the deceased. The coroner decides who to ask and the order in which they give evidence. A person who wants to give evidence should contact the coroner as soon as possible after the death.

Will there be a jury at the inquest?

A jury Inquest is quite rare as the majority of Inquests are held by the Coroner alone. A jury is there to determine the facts of the case as opposed to the function of a Coroner who will decide upon matters of law.

When is a jury at an inquest?

Jury Inquests are quite rare. Currently, the most famous Jury Inquest is that held in 2008 to inquire into the cause of death of Diana, Princess of Wales. A Jury Inquest will normally be held where:

• the death occurred in circumstances which may affect the health or safety of the public;
• the person died in prison;
• the death was caused by an occurrence that needs to be reported to a Government department;
• the coroner thinks it is necessary to have a jury.

Do I need a solicitor at the inquest?

You do not normally need to instruct a solicitor but we would always recommend that you consult a specialist Inquest and Fatal Accident Solicitor to discuss your options. It is usually very helpful that a Solicitor is present at the inquest if there is a possibility that a subsequent claim for compensation or legal action is to be made. By attending an Inquest this will give your Solicitors first-hand appreciation of the witness giving evidence and better able to assess the strength of any subsequent action.

If the cause of death is due to a road accident, accident at work, death caused by neglect or exposure to asbestos we can work for you free of charge including attending the Inquest if we feel there is a strong case.

What are the potential verdicts of the inquest?

Can I challenge the verdict of the inquest?

Yes, by taking immediate action to the High Court to ask the Judge to review the verdict. This is a specialist procedure and you are strongly advised to seek legal advice from Specialist Inquest and Fatal Accident Solicitors immediately as there is only a limited period of time to quash the verdict.

Is the inquest private to the family?

No. All inquests are held in public. Journalists may attend especially if it is “newsworthy” material and be published in the daily or local papers depending on the public interest and importance. Suicide notes and personal letters will not be read out unless they have to be, but although every attempt is made to avoid any upset to people’s private lives, sometimes, in the interests of justice, it may be unavoidable.

What rights does the bereaved have?

If you have lost a loved one and are considered to meet criteria, such as in a relationship with the deceased or a close family member, then you have a right to participate in the inquest hearing. The Coroners and Justice Act 2009 refers to these people as ‘interested persons’. If you fall under this category, then you have several rights during the inquest process. You should be informed of the date, time and place of an inquest hearing. During the hearing, you should be given the choice to ask questions of the witnesses. The coroner should notify you of key aspects, such as post mortem results, and should provide you with copies of relevant documents if requested.

Can a funeral be held before the inquest is finished?

In most cases, the answer is yes, but delays can arise if someone has been charged with an offence of causing death.

Can a death certificate be available before the inquest hearing ends?

Not normally. The coroner may provide an interim certificate however of the fact of death so as to assist the next of kin pending the Inquest to manage the deceased financial affairs. 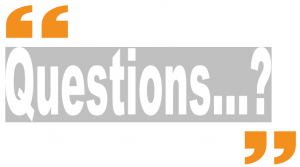 Contact us if you would like to know more about attending an inquest hearing and how we can support you during this testing time.