Many of the deaths on UK roads are caused by a fatal road accident due to death by careless driving. If someone is arrested by the police and found guilty of causing death by careless driving, they may face time in prison. As well as imprisonment, the culprit may also be liable for a civil compensation claim where damages will be paid to the victim’s family.

This page is a dedicated guide to fatal accident compensation claims where the death was caused by careless driving. We have updated this guide for 2022 and will do our best to explain how you can claim, the process of an investigation, the potential offences and penalties, and much more. We know that careless driving compensation can be a complex topic, so please feel free to call us or get in touch via our live chat widget if you would like further assistance.

If you are looking for details on claiming compensation for death by dangerous driving, please click on that link for dedicated information and advice.

How to Claim for Careless Driving Damages

Losing a close family member due to someone else’s careless driving can be tough to take. A death such as this can elicit a range of emotions, including anger, sadness and frustration. It is also not just about emotions. The deceased’s loved ones may endure mental health problems, including physical effects of depression, and financial struggles. That’s why we are here to offer free support and legal advice. As specialist fatal claims solicitors, we will do everything in our power to help you claim back compensation for a careless driving accident.

We believe in offering a friendly and personal service, which is why we welcome families to get in touch with us. The moment you reach out is completely no obligation and you won’t be charged a penny. If you are happy to appoint us, we will work on your side to form a solid and winning case in your favour. With our No Win, No Fee solicitors, you won’t pay our fees unless your case wins.

Please click the button below to get started with your death by careless driving claim.

Firstly, in all road traffic accidents where there has been a fatality, the police conduct an initial investigation assessing the road surface, weather conditions, and the state of any vehicles involved.

Crown Prosecution Service will then assess whether any individual involved will face prosecution. Compensation claims can then be made against the party at fault from a claimant who was a dependant family member of the deceased.

Penalties Inflicted on the Defendant

Causing death by careless driving when under the influence of drink or drugs:

There can be no true repayment when life is tragically lost in a road traffic accident, yet the law must make every attempt to reimburse those closest to the deceased. When assessing whether this actually occurs, several statistics have to be considered.

Analysis of the Statistics 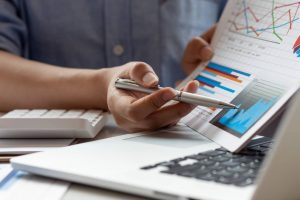 A fatal accident claim on behalf of the deceased can also be made if the deceased would have been able to claim compensation themselves at the time of death.

If you were the dependent of someone who has tragically lost their life due to careless driving, then you may be eligible for fatal accident compensation. A dependent is typically someone who relies on the financial support and care of another person.

Dependency claims are made on the basis that a sudden and avoidable death led to loss of money and/or services. You will often be able to claim for loss of income, loss of services or the bereavement award. Compensation is provided to make up for the loss of financial support that a dependent received prior to the deceased’s death. Dependency claims can also consider non-financial support, like caring for an ill partner or providing child-minding.

Dependents can include, but are not limited, to the following:

Please contact us today for the full list of what relationships and associations count as being dependent on the deceased.

The Role of an Inquest Hearing

When someone has died, authorities will determine whether the death was caused by natural causes or suspicious circumstances. If a death is suspicious or unexplainable, then a coroner will perform a thorough investigation to determine the cause.

Coroners are judges who are tasked with identifying unknown bodies and investigating how a death came to be. A corner will hold an inquest hearing to investigate the manner of a suspicious or unexplainable death. They have the power to collect important evidence and request witnesses to attend the Coroner’s Court.

In the interest of careless driving, a coroner will make the decision as to whether or not a death occurred due to natural causes, unlawful killing or accident. Inquest hearings are the first significant step in pursuing careless driving compensation. However, it’s important to note that the coroner’s role is to find facts, not prosecute individuals. Criminal proceedings and/or compensation claims will follow the coroner’s verdict and focus more on apportioning blame.

Can Careless Driving Lead To a Life Sentence?

While taking the life of another person is the ultimate crime, this does not mean that the culprit will receive a life sentence. Careless driving is considered to be an accident rather than an intentional act, as is the more serious charge of dangerous driving. Simply put, being charged with careless driving doesn’t mean that you will be charged with murder.

The most serious offence involving death by careless driving is driving while under the influence of alcohol or drugs. This offence comes with a maximum sentence of 14 years imprisonment. Other serious offences range from 2-5 years in prison as a maximum sentence. Sentences for minor offences can include being disqualified, servicing a community sentence, or paying a fine.

At R James Hutcheon Solicitors, we can guarantee that we will do our utmost to reassure and fully support any client who has suffered the bereavement of a loved one, following the death caused by careless driving of someone they were dependant on.

We will ensure that the unfair nature of this area of law, in particular, does not result in our clients feeling abandoned. Our work will help mitigate the effects of such an unjust concept to help reimburse the clients of their loss in the hope they can begin to attempt to recommence their life.