The mother of one of the Viola Beach band members, Kris Leonard, talks to local Liverpool Radio Station Radio City.

All four band members ofViola Beach and their manager was killed last weekend when their hired motor vehicle fell off a bridge in Sweden and landed in a canal.

A fan-led campaign has made Viola Beach’s song ‘Swings and Waterslides‘ reached Number 1 on iTunes.

The interview with the mother of the one of the Warrington musicians killed in a tragic crash informed the Liverpool Radio Station how her son told her “he would die young.”

Please click on the Viola Beach link sound bite below which will transfer you to the Radio City website to hear interview. 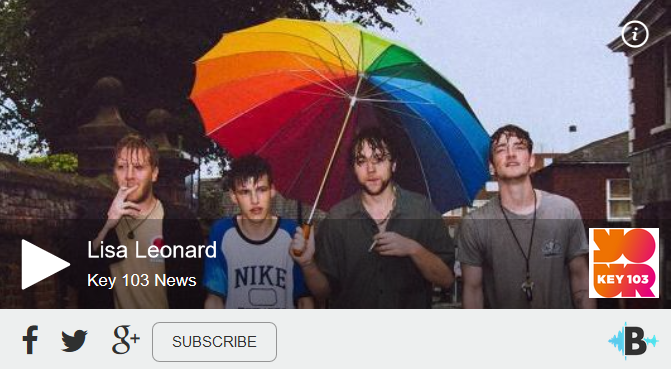 On Radio City’s website it provides the following information:

The accident took place in Sodertalje, 18 miles from the capital Stockholm after the group had just performed their first gig outside the UK.

They had been due to play a homecoming gig at Warrington’s Pyramid on March 12th.

The mother of guitarist and singer Kris Leonard has been speaking to Radio City.

Lisa told us she is overwhelmed by the wave of support from family, friends and fans:

Viola Beach – Heads for the Charts