As fatal accident claim solicitors we are often approached by family members and friends of the family who have lost a loved one for guidance and advice.

Often fatal accident compensation is often secondary to finding out the truth of what happened to the deceased and to obtain justice. 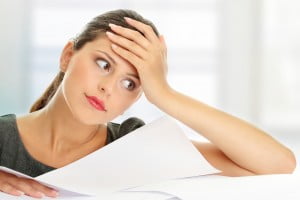 Fatal accident solicitors can help with the investigations by the Police by liaising  with them and the Coroner in respect of the Inquest that is often held following an untimely death.

There are many different types of losses that a qualifying member of the deceased can claim such as:

This website offers a wealth of information and pointers to help family members and concerned friends but you should contact us for advice with one of our fatal accident solicitors to make a claim or simply to obtain some advice and support.

A racing driver in America was struck by debris from another racing car at the ABC Supply 500, in Pennsylvania towards the end of summer last year.

The driver sustained fatal injuries when the leading vehicle struck a barrier at about 200 miles per hour which caused parts of the racing car to depart from the vehicle and scatter around the track.

Regrettably and with tragic and horrific results a piece of the vehicle struck the racing vehicle behind, striking the driver’s helmet causing the fatal injury.

The racing driver was said to be unconscious.  He was taken to hospital for emergency attention but with regret he died the day after the ‘freak accident.

Inquest Hearing Held in the UK

The BBC has reported that the Northampton Coroner, Anne Pember read out a statement from the racing driver’s father who said that the tragic event was a ‘freak accident.’

“Justin was unconscious, he was extracted from the car and rushed to hospital. He underwent surgery and was kept on a life support machine until the following day.

“The decision was then taken to switch off the machine. Justin was a kind, caring and loving son who is sadly missed by all of his family and friends.”

It is often considered mysterious the powers of the Coroner due to its long established authority to consider deaths following a fatal injury or fatal injuries in certain circumstances that are unclear or unusual.

In simple terms the Coroner will order, usually the Police in road traffic accidents or the Health and Safety Executive in fatal injury accidents at work to undertake all relevant investigations into the death.  Witnesses will be spoken to, statements obtained, pictures and video evidence considered.

At an Inquest Hearing, the bereaved families will experience the legal process for the first time.  It can be challenging, worrying and sometimes hard to understand the process but the Coroner will do his or her best.  But sometimes the evidence should be tested by fatal accident solicitors acting for the bereaved families. The witnesses can be cross-examined within certain restraints and likewise expert evidence that may be introduced to form opinions about how the fatal injury was caused.

Here at the fatal injury claims solicitor we often feel the families do need the help and assistant from expert solicitors to help them understand the process and to make representation often under a no win no fee solicitor agreement.

If anyone needs help or advice please contact us today: fatal injury solicitors.