The Law Commission’s report on making a will needs to be updated so as to reflect modern day society and bring the law in line with the electronic age.

The law on making a will (usually by solicitors) has not been updated for many years.  In fact 40% of people in the UK die without making a will, the consequences can be damaging to the loved ones left behind.

The lack of a will may also cause squabbles and arguments, the estate left with paying the death taxes at 40% when there are simple legal matters that can be done before death to reduce the impact of tax.  After all, the deceased would have paid all those taxes over the years, why pay the HMRC again when you die.  It’s simply a double tax.

Counter Arguments to Making a Will Electronically

The report is thinking that wills can be made by:

It is also considered that people as young as 16 years of age can also make a will electronically.  It will make the process of drafting a will easier and more accessible.  However there is another serious balance that has to be considered.

Whilst it is welcomed that the law should be simplified and easier to make a will it has to take certain safeguards into account.  Such as electronic documents can provide a treasure trove for dissatisfied relatives.  They could go through every email, text and find out the right one that suits their point of view, or the deceased’s real wishes.

Whatever the law, it certainly must be brought up to date and we welcome such changes providing that the correct safeguards are on place.

The law in this area is outdated, like most of the Fatal Accident Act 1976, the law that has been made since the passing of the Act and everything before it.  The Fatal Accident Act 1976 is now 40 years old.  The family unit in the day, typical white ‘Christian’ Male and Female, married with 2.2 children has changed dramatically since the laws have been passed.  Today divorce rates have rocketed, there are less marriages, people choosing to live together, same sex marriages and so on.

The fatal accident laws however still are ‘back-in-day’ typically the claim for compensation following an unlawful killing in an accident at work or road traffic accident for instance, stems from the bread-winner (typically the husband) losing his life, the the wife and children claiming the dependency award and bereavement.  When things don’t fit in, there tends to be unnecessary heartache.

But what then on the question of nervous shock following a loved one witnesses the death of a loved one.  Often in road traffic accidents and in disaster cases such as airplane crashes and the Hillsborough Disaster.

Compensation for nervous shock is governed by old law passed before the internet and social media. A claim for nervous shock can be made if a close relative, normally the next of kin, witnesses the death of a loved one and suffers some form of psychiatric injury or ‘nervous shock.’ The law limits the family members who can claim by using the words ‘close love and affection between the person killed (primary victim) and the family member in shock (secondary victim).

As a result of witnessing the tragic events, (the court has in mind ‘eye witness’) due to the close proximity of the relationship and witnessing the event, if harm occurs a claim for compensation can be made against the party at fault.

However, what if the family member did not ‘eye witness’ the event but came to the scene of the accident in minutes after the fatal accident?  The closer in time and space following the accident and witnessing the scene the more likely the court will grant an award of compensation for the psychiatric shock.

The fact that a close family member may witness a disaster for instance on TV (Hillsborough disaster springs to mind) or on Social Media, unfortunately will not give rise to a claim.  The law is based on public policy not by rational understanding.  Once again the Courts have concerned themselves with opening the ‘flood-gates’ of claims.

The law under the Fatal Accidents Act 1976 needs updating quickly and so does the common law where nervous shock arises following a fatal accident so that proper compensation can be awarded to help the family, the victims of such tragic and catastrophic events.  Compensation is not a dirty word, we are getting to a point where people have to justify an award.  It is awarded to help the family not get into poverty, to help pay the bills and just relevie some of the stress following the death of a loved one and here, in addition a further family member also suffering a mental illness.

It has been reported in 2016 that the A49, which runs from Whitchurch to Ludlow, was named the county’s deadliest road after figures show a third of fatal accidents had happened on the trunk road over a three-year period.

In 20015 it was reported that 2 road deaths on the same stretch between Hadnall and Preston Brockhurst within 2 months.

Many witnesses refer to many driver’s being “idiots” on the road, often speeding or racing ignoring the speed limit and road signs generally.

An ambulance driver with a patient on board was tragically involved in a fatal road accident when vehicle overtaking in the opposite direction, came into the on-coming path of the Ambulance.

Unfortunately the driver in the on-coming vehicle sustained fatal injuries and did not survive the fatal road collision.

As specialist fatal road accident solicitors we are best placed to advise families who have lost a loved one.  Expert advice will help bereaved families get to the truth of what has happened and advise on all aspects on the law and paper-work that needs completing.  Finally the matter of compensation will be addressed to stop the family left behind financially suffering from the tragic loss.

The 23-year-old deceased was believed to be driving down a busy road in his Vauxhall Insignia when a Citroen which was driving “partly sideways” on the wrong side of the road travelling in the opposite direction collided with him head on, which caused both vehicles to plough into a field causing the road death.

It is believed the Citroen driver was doing 80mph in a 50mph speed limit zone.

The deceased, died instantly due to internal injuries, along with a fractured skull and trauma within the brain which was unsurvivable.

For help and support following a road fatality to a close relative please contact us.  We will hold your hand and provide expert sympathetic advise throughout this difficult time.   All our road accident claims are dealt with under our No Win, No Fee, Solicitor Service. 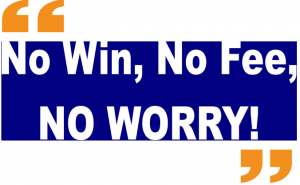 Contact one of our highly experienced solicitors discuss all aspects of making a claim or click on the following links below for more information.  When you are ready we are.  Please be aware there is a 3 year time limit from the date of death to make a fatal car accident claim however.

Contact us now, the fatal car accident solicitors for any questions you may have, we are here to help you or why not try our Priority Contact Form of Live Chat facility on this website. 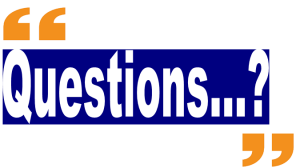