A lorry driver has been charged with causing death by dangerous driving when it is alleged that he was watching television at the time of the collision.

The lorry driver drove into the rear of the vehicle the deceased was driving when it is thought he was watching television.

The prosecution in a trial has informed the court that the lorry driver had made two Google Searches on his phone in his cab revealing the possibility that shortly before the tragic collision that he may have been watching television hence the charge of causing death by dangerous driving.

At the court hearing it was said:

“There was clearly inadequate distance between the car and the lorry and insufficient time to stop.”

The court was told that the lorry driver was looking downwards for an “extended period” and was not paying attention to the road.

“There was no hope at that point to stop in time and avoid a collision,” the lorry driver’s actions were “inevitably dangerous”.

The lorry driver is said to have admitted that he“fell short” of the required standard but added: “The Crown say the driving was much worse than that and fell far below.”

The trial continues, reported in The Times

If you or your family have been affected by this article and require legal advice please do not hesitate to contact our legal team who will advise you of your legal rights and help you through the legal paper-work required.

Ministers this month are looking into the death of a cyclist where a woman was hit by a bike when she crossed the road.  The cyclist was charged and convicted with wanton and furious driving over the death.

Riding a Bike with Faulty Breaks

It was revealed that the bike had no front brake.  The cyclists was, however, cleared of manslaughter and convicted of a lesser charge which only carried a maximum sentence of just 2 years.

There is no backing with the Government to review the law when someone is killed on the road or pavement by a cyclists to bring it in line with the law relating to motor vehicles.  There has been a recent growth in cyclists over the past 10 years and as a result, the probability is that more people could be injured or killed on the roads.

Parliament is reviewing the law in this area following the sad loss.

A set of tragic circumstances led to the loss of two young cousins in a hit and run case on New Year’s Eve. The driver was convicted of careless driving and jailed for 4 years.

The set of regrettable circumstances are:

The judge heard that the driver who was convicted for careless driving rather than dangerous driving had convictions for car theft, gang robbery and aggravated assault.  It was estimated that he was driving about 40 mph in a 30 mph zone, at least he was doing 29 mph.  He was charged with careless driving rather than dangerous driving due to the fact that CCTV footage showed that a van had obscured his view resulting in less time to react.

When faced with a fatal accident claims road traffic accident there can be worry for the dependent family that the defendant driver does not have motor insurance to provide compensation to the deceased’s estate and family left behind.

Thankfully, even if the defendant driver was uninsured or even untraced at the time of the fatal accident claim the family and the estate of the deceased are still able to obtain compensation from the Motor Insurance Bureau (MIB). 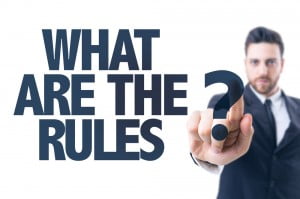 The MIB has been set up to provide compensation for fatal accident claim so that the family left behind do not financially suffer as a result of losing a love one.

The claim procedure will be handled the same by the fatal accident claim solicitors which will include:

If you or a member of the family who have lost a loved one and are in need for advice, please contact the fatal accident claim solicitors now.

A man has been arrested in a ‘hit and run’ tragic fatal car accident when the vehicle he was driving caused the tragic death of a little girl and serious injury to her grandmother.

Police are not looking for any other suspect.

In our mind the punishment for causing death by dangerous driving are totally inadequate.  The maximum punishment is 14 years in prison.  Most serve less than 5 years.

If the punishment against the driver is not sufficient, bereaved families are further met with an insulting legal system where compensation is of limited or no use especially when it comes to losing children.

Yes compensation is not everything, it will never be enough for a loss of a loved one but the compensation for a fatal accident claim for causing death by dangerous driving can help with financial pressures following the death of a loved one.  Often even if it is not the bread-winner who has died, some bereaved family members cannot go back to work for a long time.  The bills don’t stop coming in.  They need to be paid from somewhere.

If you have been affected please contact us for sympathetic expert legal advice.

The hurt of loved ones following a fatal road accident is compounded when the person who caused the death was uninsured.

It is difficult enough to have to deal with the legal complexities following the sudden and unexpected loss of a close family member but then having to find out there is no insurance just makes matters more difficult.

Step in the Motor Insurance Bureau, who can deal with fatal car accident compensation claims if the driver of the vehicle that is at fault was uninsured or untraced.

If the driver that caused the death cannot be traced or even if traced has no insurance solicitors acting for the bereaved family will take action against the driver via the MIB.  The MIB is a fund set aside by a pool of insurance companies to compensate loved ones for the death of a close family member, funeral expenses and financial dependency losses.

Many fatal car accident claims are taken against a driver that is properly insured but there it is still not uncommon for the MIB to be involved.

Many fatal car accident claims are often following by criminal charges brought by the police for such offences as:

To take specialist legal advice from solicitors who deal with fatal car accident claims is necessary to over-come the legal complexities that often accompany fatal road traffic accident compensation claims.  Not every solicitor who deals in personal injury will have all the necessary expertise to represent bereaved families.

Contact us now the fatal accident claim solicitors, we are here to help you every step of the way.

Causing death by dangerous driving may now attract a life sentence even if you are using a mobile phone.  It is not known if the use of a mobile phone will attracts such a sentence if it is in hands-free mode. 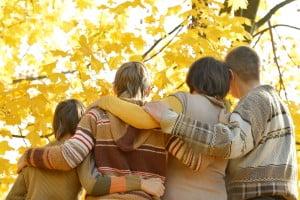 At the present time the current sentence for causing death by dangerous driving is 14 years but the adverse jail term is just 46 months.

In a consolation paper by the Government, it is mooted that the jail term should be increased from 14 years to life.

In addition to increase the maximum punishment for causing death by careless driving while driving under the influence of of drink and drugs again from 14 years to life.

Further the consolation paper is considering the creation of new non-fatal car accident claims such as causing serious injury by careless driving with a maximum sentence of 3 years, and increasing the minimum driving ban for drivers convicted of causing death.

However, even if death is caused by dangerous driving, nevertheless it is often said that the jail term does not reflect the offence, often jail terms are between 2 to 4 years.

Using Mobile Phone and Causing Death On the Road

With the recent upsurge in using mobile phones behind the wheel, handsfree or otherwise, there as been a rise in fatal car accidents and non-fatalities on the road due to the distraction when using a phone.

At the present time the maximum sentence of causing death by dangerous driving is 14 years sentence but the average jail term is less than 4 years.

Certainly killer drivers ruing lives, the pain is immeasurable to the families and friends left behind.  Whilst it is impossible to compensation a loved one who has been killed in fatal road accident claim nevertheless the Government are determined to ensure that the punishment fits the crime.

Sam Gyimah the justice minster has come out recently and advised that the message is clear:

‘if you drive dangerously and kill on our roads, you could face a life sentence.’

Expert legal advice is here if you have been affected by a death in the family (or a friend) who sadly has lost his or her life in a fatal road accident.

Our solicitors are here to help you every step of the way.  Even if you just want a chat at this stage please contact us for expert support and advice.

In a BBC Radio 5 programme which obtained a Freedom of Information Request to the Driver and Licensing Vehicle Agency DVLA, it reported that 600 people have been caught driving whilst distracted behind the wheel three times.

One driver apparently was caught 5 times.

The penalty carries with it 3 points on a motorist licence.  But in reality it is little deterrent to the daily use of mobile phones at the wheel which we see on our UK roads.

Whilst some drivers will get caught and charged with driving a motor vehicle whilst using a mobile phone the only punishment will be 3 points and a fine.  But think about what may or could happen if that momentary lapse of concentration did kill someone on the road.  A charge for causing death by dangerous driving can be made.

CU80 – Breach of requirements as to control of the vehicle, mobile telephone etc

Could leads to something much worse:

The information below is taken from the GOV.UK website which sets out the motoring penalty points for various charges in addition to the serious offences listed above.

These codes must stay on a driving record for 4 years from the date of the conviction.

Codes CD80 and CD90 must stay on a driving record for 4 years from the date of the conviction.

If you or someone you know has lost a loved one due to a road traffic accident or they have been seriously injured in a non-fatal road accident we are here to help you every step of the way.

Even if you are a concerned friend of the family affected, we understand that sometimes those most affected find it difficult to speak to a solicitor.  But from our experience the sooner they obtain advice the more we can help them deal with the paper work, the legal complexities that have to be dealt with and obtaining compensation to help with paying the bills.